“Did he just say, ‘You don’t sound Black?’”: Racial Microaggressions are Alive and Kicking Students of Color

Every page in the true book on American history is stamped ‘systemic racism.’ The year 2020, however, brought about a rebirth of social awareness, one that has given voice to centuries of injustice and brutality via numerous social protests and social activists demanding change and reform in the treatment of people of color. There’s no denying that race relations have improved over the years or that the civil rights movement effected these changes. But people still “talk.”

Hostile, derogatory, or racial slights, intentional or otherwise, targeting a person or group are called racial microaggressions. Such words are systemic and institutional forms of racism, even if spoken in the boardroom. This chatter is routinely acted out by corporations through practices including overlooking Historically Black Colleges and Universities during recruitment periods, the lack of involving people of color in brainstorming sessions, and assigning professional women demeaning tasks such as bringing coffee to meetings but not participating.

These unconscious acts of racism and distressing conversations are alive and kicking students on college and university campuses across the country. According to Derald Wing Sue, professor of counseling psychology at Columbia University, as institutions of higher education boasting predominantly white student bodies “begin to diversify their campuses, racial microaggressions may be committed with increasing regularity.”

As microaggressions grow in frequency, the effects on students of color are compounded, Sue adds.

Students who are targeted and no longer feel comfortable in the classroom often begin to perform poorly, drop specific classes, or leave the university altogether, according to Stacy A. Howard, chair, city and metropolitan planning, University of Utah. But events that lead to dropping a class are never explored, the perception being that the student enrolled in a program that proved too difficult for him/her.

“Students of color report pressure from advisors and professors to enroll in classes and majors perceived as more suitable for students of color, often in ethnic study fields,” Howard writes. Instead of working with these students, the assumption is that they are “unable to succeed in those areas and thus should choose a different field.”

Studies have shown that being subjected to racial microaggressions can affect a student’s mental and physical health, create a campus culture of hostility, and perpetuate ignorant stereotypes. Such an unwelcoming environment can spur uncomfortable conversations, which in turn can open doors to more microaggressions.

“It’s a monumental task to get white people to realize that they are delivering microaggressions because it’s scary to them,” Sue said during an American Psychological Association interview. “It assails their self-image of being good, moral, decent human beings to realize that maybe at an unconscious level they have biased thoughts, attitudes, and feelings that harm people of color.”

Examples of these statements include:

Sue is also a public speaker. During a 2015 interview with National Public Radio, he shared that people often compliment his “good English speaking.”

His response: “Thank you. I hope so, I was born here.”

Students are not alone in being subjected to microaggressions. Research performed by Manuel Cardoza, Isabel Galic, and Rita Thoresen revealed that women of color faculty experience the same ill-treatment by students who challenge their knowledge, intellectual pursuits, and levels of education. Presumptions made are linked to race, gender, language, and body stereotypes.

Sue notes that no one is immune from “inheriting biases that are deeply embedded in this society and culture. They come out in ways that we’re not aware of.”

Not everyone who commits microaggressions does so maliciously. To prompt change, both faculty and students need to understand and address this behavior, thereby maintaining an environment conducive to learning. 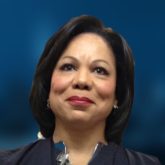 Mrs. Gwendolyn Miller is the founder of Addressing Racial Microaggressions, LLC. She provides expertise on the institutional and structural racism germane to marginalized groups by examining marginalized groups’ experiences with, and responses to, racial injustice.